Human life consists of meetings and partings,
In the end but froth and foam.
Gazing back at the vast expanse, I am moved
by thoughts of our past excursion.

… that being strong, smart, and funny is not a come-on.

A long time ago, just after DOS and before Google, I discovered and inhabited several message boards.  Some were putatively professional; all were mainly entertainment.  Those were exciting times of vitriolic flamings, on-line romances (none of which I partook) and the occasional useful discussion on the merits of catch-and-release on rainbow trout populations in Montana.  After one particularly vicious skirmish, I sought refuge with a psychologist colleague and tried to determine what I had done to provoke the imprecations about my sexual mores.  I wanted him to know under no uncertain terms that I had not, repeat had not, been acting in a way that could have been interpreted as sexual.  I was a lapsed Catholic, for goodness sake, who still practiced guilt fervently.  His response shocked me: “So what?”  So what?  “That’s right.  So what if you had been flirtatious or even – heavens – brazen?”

I did what I always do when I don’t like the direction a deconstruction is going.  I got a second opinion.  This one arrived from a friend who had witnessed the online exchanges.  The long and short of his explanation was that women who project a “strong, smart, funny” persona sometimes are seen as “seductive.”  (“Seductive” was not his word, by the way.)  It apparently has something to do with feeling emasculated if bested by a “girl” in an intellectual battle.  The upshot of it all is that it’s easier to cast aspersions on the female’s sexual morals than to say, “You’re wrong.  So there!”  I trusted his opinion because not only does he earn his living deconstructing language, he is the owner of an intellectually formidable male brain.

Thankfully, my online days ended soon thereafter and the issue became moot.  But over time, in the RL, I’ve learned to tread carefully as the “strong, smart, funny” persona elicits a very different response than the “i-need-help” or “i-need-rescuing.”  (For the record, I don’t have an “i-need-rescuing” persona; it’s more like “shut-up-and-listen-because-i’m-trying-to-drain-the-swamp” persona.)

Zen content:   Schireson describes Zen Women who don’t permit rescuing.  They face rejection after rejection from the Zen masters they approach hoping to be accepted as students.  They fight to be seen for who they are: strong, smart, funny – vibrant, devoted, and yes, even sexual.  They accept being sent home to care for family as part of their commitment to following the path.  And they return to the Zen master when they have met their familial obligations.  They didn’t beg, plead, offer their bodies or spirit to get their way; they neither asked for help nor needed to be rescued from injustice by anyone.  Not only could they “not afford to take (perceived or actual) inequity personally,” they had to “let go of (their) demand that Buddhism meet (their) needs perfectly.”

Strength of practice is in not letting actions or judgments of others direct the way we want to be in relationship.  Buddhism as a practice of the relational enhances the dynamic tension between the “strong, smart, funny” and the “i-need-help” aspects of self. That’s a mouthful of a sentence.  Simply put: our commitment to save all beings has us sensitive to “help-me-rescue-me” vibes.  If unaware of this tendency, we can and will fall prey to bolstering our own value through the vulnerability of the Other.  And we will miss the power of relating through the strong, smart, funny nature we share.

“Strong, smart, funny” says we’re in charge of our own way of being, open to a boundless relating.

It’s an invitation to the Other to meet as an equal. 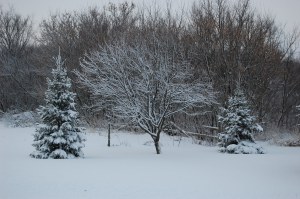