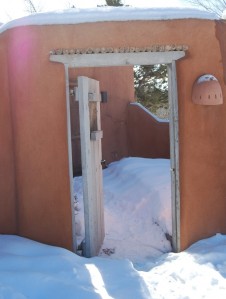 Our concept of self makes for a persistently dysfunctional interpretation of experience.

Dunne’s talk was wonderfully entertaining and if my notes are any indication, I spent more time laughing than writing.  Underneath the collegial poking at the ridiculous nature we all possess, Dunne pushed on a constant yet always powerful message.  Our ways of knowing are deeply rooted in habits of grasping and rejecting, attachment and aversion, approach and avoidance.  We develop and hang on to beliefs about our Self.  There is a confusion about our own identity and in an effort to know ourselves, we “run simulations” of who we are and would be.  Practice runs for the future and deconstruction of the past are all aimed at trying to figure out this self-hood.

The difficulty is that this is a constructed self and the moment we try to talk about it, we’re actually talking about something else.  (Enjoy Dunne’s playfulness in exposing the “emptiness of water bottles.”)  The questions around the dinner table with other retreatants were a great example.  We were all identified with and by our professional or familial identities, associations that gave our narrative depth and scope.  There was no absolute self to be found and that interdependence should have rendered us the most cognitively flexible cohort on the planet in that moment.  Yet somehow, it didn’t always unfold that way as our egos capitalized the “I”.

A friend of mine from long ago used to say, “Hold down the shift key when you type ‘I’.  It’s a way to help establish yourself as real and realized.”  Dunne pointed out that holding on to the past, as fictional as it might be, can provide a coherent and useful anchor.  The trouble only begins when we try to make it important and absolute.  I think that’s the equivalent of keeping the “Caps Lock” on.  It gives CONCEPTS OF ME SUCH IMPORTANCE!  Lately I’m beginning to think my CAPS LOCK is always on, just hard-wired that way.  I could feel myself concretizing in some of the conversations.  Establishing my domain, my knowledge, my image.  So holding down that shift key was a good way to dissolve the ego.  I BECOMES i.

Yet it is still impossible to see even this ‘i’.  Dunne runs a terrific riff on this theme of putting self in the foreground as the object of awareness.  Self as object is elusive, clouded by narratives.  It is my eye trying to see itself, my hand trying to grasp itself.

In Dunne’s examination of the “utter flexibility” that the realization of interdependence gives us, he also warned of dangers.  “It can become addictive (leading to nihilism).”  My experience has been one more of dismissal or diminishment in self-other relations when the concept of emptiness is used as argument.  In my work circles it’s called the “tyranny of re-framing” and it goes something like this:  You say, “This is important to me,”  and the other says, “Oh now, form is emptiness, you know.”  It’s a facile out I think we all resort to at one time or another.  Form may well be emptiness but as a retort it’s a way of not getting involved, deflecting responsibility, or based in anxiety that change may be required in our concepts or narrative. It’s the CAPS LOCK I getting in the way or, as Roshi Joan Halifax calls it, “the personality asserting itself.”

The antidote to this addiction of relational avoidance requires us to enter the interconnectedness with bold awareness of what it will exact from us.  The Other has already embarked on change; ours will be inexorable.  It may as well be experienced with awareness.