Among the most intriguing illustrations of “mind time” is the incredible elasticity of how we experience time. (“Where is it, this present?,” William James famously wondered. “It has melted in our grasp, fled ere we could touch it, gone in the instant of becoming.”) For instance, Hammond points out, we slow time down when gripped by mortal fear — the cliche about the slow-motion car crash is, in fact, a cognitive reality. This plays out even in situations that aren’t life-or-death per se but are still associated with strong feelings of fear. Hammond points to a study in which people with arachnophobia were asked to look at spiders — the very object of their intense fear — for 45 seconds and they overestimated the elapsed time. The same pattern was observed in novice skydivers, who estimated the duration of their peers’ falls as short, whereas their own, from the same altitude, were deemed longer. (from Brain Pickings) 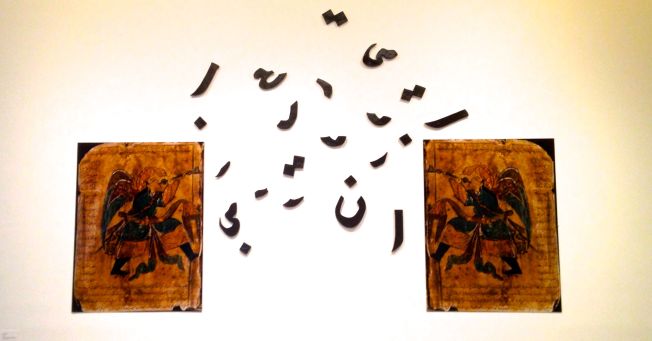 It’s been a while since I’ve managed to get to the blogs or the art table. The reasons are many but the reasoning is so poor that it’s not worth getting into. And today, bereft of all reasonings, I find the space between one sorrow and another to show up again. 108 Zen Books turned 6 in September, the same month in which I noted I’ve been in Canada for 50 years. Other anniversaries have been celebrated: 35 years of marriage (well OK, 33 legally and 2 in delicious sin) and most recently my father’s 12th death anniversary.

Reflecting on this passage of time has been challenging as it parallels the global refugee crisis and the many bombing attacks in Europe and Africa. Social media is filled with such intense offerings of compassion, reason, and love. And it’s been filled with tremendous hate, resentment, and fear. It’s overwhelming to process and finally I’ve turned off the tv, scrolled past the news feed articles on Facebook, and stopped retweeting snippets about refugees and terrorists. And yet, it’s hard not to feel everything in each moment as mundane in comparison to what millions are living. There is fear and there is fear.

In our secular meditation evening, the participants struggled with the motivation to sit. It was scary, one said, all that internal chatter. All that silence, another offered. My co-facilitator said, “Just show up.” How simple and yes, I believe it is that easy. Just show up. As my father did as part of British-colonized Burma. As he did again when the Japanese invaded in World War II.  And again when Burma gained independence. And again when the military took over. And yet again, every morning when he went to work in a steel mill outside Montreal, hands that had never suffered more than a paper cut from the accounting ledgers he worked on now torn by metal fragments. And finally once more as he lay dying, his cancerous brain unable to send sufficient signals to open his eyes he called out our names and we responded “Here, Dad.” “Good,” he said. “You showed up!”

He was a deeply loving and fear-filled man. That fear kept him aloof and isolated. The fear of losing everything yet again and again locked him into periods of depression, resentment, and immense pride. As we climbed into the aircraft to leave Burma for Canada, he told me, “We don’t have documents. Certificate of Identity, that’s what they (the government) gave us. What identity? Damn country.”

“I thought we were refugees, Dad?” At all of 10 years old, the idea of being a refugee had a far greater appeal than some vague citizenless status. He was enraged. “We are NOT refugees. There is nothing here to run from not even their ignorance!”

Decades later, after I took refuge in Buddhism, we joked. “You finally get to be a refugee, ” he laughed. “What were you running from?”

In 1965, Canada accepted 19 families from the Far East. We were one. Four of us with $50 each, four suitcases, and flimsy clothing suited better for a British Spring than a Canadian September. It snowed the first day of October and my father showed up in the apartment door covered head to toe in fluffy white. It’s perhaps only one of two times I saw him that joyous (the other was when he held his granddaughter).

My mind goes to all those living in fear. If Hammond is right in her analyses, time must feel unending for them, crawling along as they must from field to field, shelter to shelter. I want to turn time back, back to when we weren’t so caught up with our own sense of entitlement to safety. When we saw what could be given and not what needed to be held back. When we remembered that there but for grace go each of us, no less true for all our technology and emergency plans. When the tempo of our lives didn’t colour what we recalled as important, clouded our mental clarity which warped our ideas of near and distant events.

I’m not naive; I remember the FLQ crises and the bomb threats, kidnappings, and killings in Montreal (ironically influenced by France’s President de Gaulle’s call for a “Québec Libre”). There are risks but history tells us that each person we shut out of our lives, each one we dehumanize becomes the seed we plant of future hatred and resentment turned at us. Practice tells us that each morsel of fear we feed ourselves warps our sense of self and other, committing us to an eternity of hell realms.

How shall we show up?