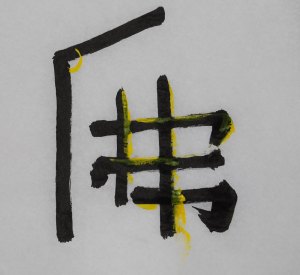 Jimmy Santiago Baca wrote A Place to Stand in 2001.  It is a recounting of his childhood and young adulthood arcing from familial to prison violence, evoking intense images of survival.   Baca lived in one form of imprisonment or another from the age of 5 years finally being sentence to serve five years “day for day.”  He explains that “day for day” meant there was no chance for parole or shortening the sentence through good deeds.  The tone of the book is a bit righteous and Baca seems firmly fixed in the victim role.  One of the participants in the Zen Brain retreat had written an article that suggests our self-righteousness is directly proportional to our need to protect our innocence.  Given Baca’s history, I can certainly let the tone slide and meeting him in person, it’s clear that the marks of abandonment and its attendant need for self-protection are vibrant in his body.

The concept of serving “day for day” however was compelling.  I thought about the “day for day” I’ve been serving through my self-sentencing, judgements laid down for my repeated offenses.  Then Fleet Maull in his retreat teachings opened with the question: What are the three life sentences you have given yourself?

Did your brain just come to a screeching halt, there?

What are the three life sentences I have given myself?

That was the first one I wrote down and I thought it related to that now-wearying song about being an immigrant, a minority, a woman in a male-dominated profession, being anti-feminist in a female-dominated profession, ad hominem infinitum.  As the week wore on (and at times that was literal), I began to see how I make myself invisible under certain conditions: when the presented and visible self was not acknowledged, I tended to disappear.  It was something that arose out of a dynamic and not a prescription for being.

So I changed the sentence:

And here I stand, serving this life sentence day for day…

5 thoughts on “day for day”