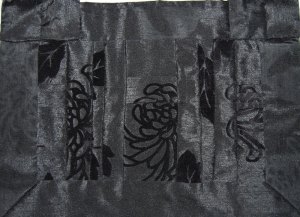 We are headed towards the 2nd Buddho-Blogger Swap and Justin Whitaker, author of the American Buddhist Perspective will be Guest author here on Friday January 8th.  This time we are assigned topics at random and Justin will be writing on how to practice with irritation.  Since much of my work both in my Buddhist and livelihood sanghas involves the cultivation of ethics (well, what doesn’t!) I asked Justin to let the topic take an ethical slant (how could it not?).  This in no way locks him into that perspective because, as I have learned in these few months of writing this blog, I have no idea where the first typed word will take me.

Anyway, I began to think about this issue of ethics.  No grand ideas.  Just a curiousity about what it means, in a very ordinary way, to live an engaged and committed life.  A long time ago I use to make resolutions just as I used to send out Christmas cards.  Now, instead of the Hallmark Christmas mail-out, I wait for Valentine’s Day to send out a love letter to my family & friends expressing my gratitude for their presence and encouraging them in their practice, whatever form it may take.  Last year, my letter garnered a few astonished replies from friends over the fact they had made the “A” list.  I pointed out to them it’s actually an “I”-list.  That’s “I” for integrity and Integral – the first I see as central to who they are and the second as central to who they are to me.

I have a similar approach to making New year’s Resolutions.  I don’t.  That’s not to say I don’t have these moments when I swear by all that’s holy in the sutras that I will for sure absolutely begin to (fill in the blank).  These moments of pseudo engagement with my life tend to be driven by guilt about the effort I put into my practice, my greed for more and more of what I don’t have or just got a taste of, my fear of total annihilation when emails and phone calls aren’t returned, or (fill in the blank).  Anything promised in these moments will have as much power over me as a fifth helping of cheesecake after I swear not to have the first.  There’s a simple reason for it: the desire is not for the object or outcome I claim I want.  It’s for the soothing of the anxiety I feel because I don’t have what I want. So these days, when I find myself promising I simply will not engage in something or absolutely will achieve something else, I stop for a moment and try to sit with what’s getting me so hot and bothered.

Justin states it beautifully in his post on Resolutions:

If you find yourself repeatedly going down in flames in this or that aspect of your life, it would do you much more good to figure out what started you on fire in the first place before resolving to rise from the ashes.

Resolutions are only as good as the awareness with which they are made.

I like this.  If I’m going to be a phoenix, I first have to be willing to burn up with awareness. 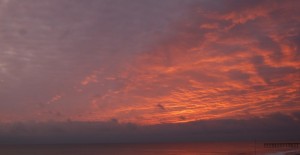 Could it be as simple as putting myself on an “I”-list of integrity and being integral?  I don’t know.  There is a challenge and cost to living with integrity.  Once aware, I don’t get to be deaf, dumb, and blind again.  The tough part is, just as my eye can’t see itself nor my hand hold itself, I can’t tell you if I live with integrity.  And even harder for me as I’ve had to learn, I can’t make myself integral in anyone else’s life.

And that perhaps was the greatest challenge I faced in 2009: realizing that I was not integral in the lives of some people but to continue to hold them as integral in mine.  Does that constitute living with integrity?  Damned if I know.  May be someday they’ll let me know.  Or not.  Either way it resolves something.

Our daughter is travelling through New Zealand.  It takes a lot of guts to set off for strange shores with nothing more than a knapsack and Netbook.  Then again she’s been trained well just being our Kid.

One summer day, she may have been about 7 or 8, we went for a walk through the fields on the farm.  With the time to talk about everything under that sun, she asked why the sky was blue, the grass green and what were those little red berries tucked under the alfalfa.

I opened one eye.

The rest is a story of how her school teachers for many years wondered how to call Children’s Aid to complain about my perverted sense of humour.  In my defense, my sense of humour was finely honed to protect against her father’s and her own twisted views on life.

I like to think that through the trials of being our daughter, she has picked up a few survival skills.  Baking awesome desserts is one.  Writing incredibly well is another.

She posts on her blog – though not as frequently as her fans would like – missives from the North and South Island.  Interspersed with the posts are “The Becca Chronicles“.  Way too racy for a mother to read; but I do because that’s what mothers do.  Dad, on the other hand, just mumbles about the Southern way of managing things.

Crow’s Nest is one of her latest posts and it really caught me.  Of course, it’s about books… after a fashion.  Or maybe, more accurately it’s about the loss of dreams and wishes, the things we build and infuse with hope which then languish from lack of sustenance or fail from things out of our control.

I’m sharing it without her permission – but then I’m her momma and she’s the one who taught me to colour outside the lines. 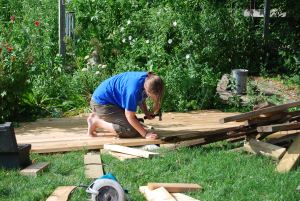 The Kid decking the rose garden for me