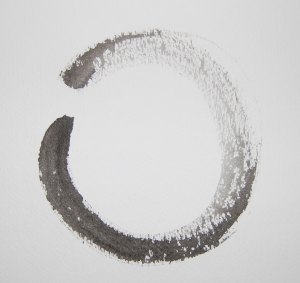 My brain is frozen from spending the weekend and all day Monday in an office whose temperature hovered between 58°F and Hell Freezing over.  It seems the computer that controls the air conditioner of the building has gone into an infernal feedback loop and the a/c thermostat is trying to regulate itself to what it thinks is Hades outside.  It’s hard trying to sustain attention and muster up compassionate, appreciative inquiry when you’re hypothermic.  But I managed and the drive home in a hot car revived me somewhat.

I think my brain is also frozen in other ways.  Topics for the daily posts are eluding me.  There are flashes of insight and inspiration.  But they quickly evaporate and I find myself at a loss.  I wondered if it was because of my brief and rather sordid affair with G+.  Or perhaps because I’ve been immersed in left-brain activities like correlations, and sums of squares, and two-tailed tests of significance of paired samples.  Or – and most likely – I’m enthralled by the Food Network’s Top Chef – Just Desserts melodrama.  Will Seth be kicked off before someone frappé’s him in the quest for a dessert that is based on a water park theme!?

However, I didn’t know I was in trouble until I explained to someone that the difference between shamatha and vipassana meditation is one is up your nose and the other is under your belly button.

To be kind to my poor over-fried and mis-firing neurons, I am probably trying too hard to perform two very different modes of writing.  On the one hand, I’m reading and assimilating stacks of papers and books to build and buttress a Buddhist theory of spiritual incongruence for my chaplaincy project.  On the other, I’m trying to find relevant material to put out on the blog that is, at once, useful and playful.  And tie it all together with an enso.

I fear I have to officially declare my brain is frozen and when the obvious is obvious, skillful means noticing.  So I will apologize in advance for languid posts and lapses in posting.  Nevertheless, I shall fly past you the mal-formed and likely warped thoughts on aspects of Dharma as they arise from this vast matrix array of work, family, ripening tomatoes, and one more round at Upaya coming up in three weeks.

At the very least there will be an enso each day.  Zen Rorschach!  Sometimes just going around in circles mindfully is all that is necessary!